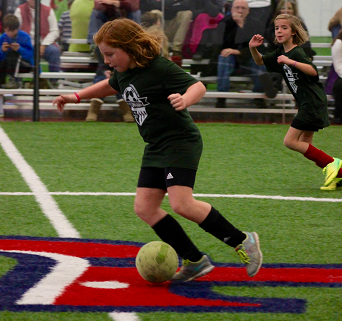 If you see a defender rushing to close you down and win the ball, throw in a fake to slow them down. Before receiving the soccer ball, fake like you’re going to make a long pass or about to take a shot – this will freeze the defender who is rushing towards you and give you more time. Simply pull your leg back as if you’re going to play the ball down the field, or, get more animated with it, and throw your shoulders and whole body into selling the fake kick.

Either way, this simple move will freeze the defender who’s rushing at you. Again, just before you receive the ball (and control it), fake like you’re going to shoot or make a pass by drawing your leg back in the shooting or kicking motion to momentarily freeze the defender. This move will surprise them a bit and slow them down so you have time to control the ball.

Want to join the discussion?
Feel free to contribute!